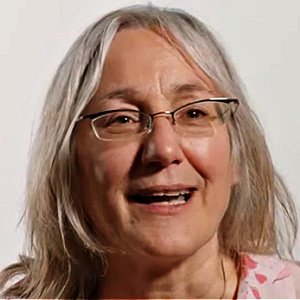 But Noelle had the most questions of anyone in the audience to ask after I’d finished my talk.

And her enthusiasm about knowing what I’d learned was incredible!

We’ve been friends ever since.

I used to build websites for people. And she has two that I still oversee for her. (I no longer offer this as a service.)

But something in me told me that I simply HAD TO give her this website support until it’s no longer needed.

Just a feeling I had inside that said, “This matters to everything.”

So I do this for her and one other person, my chiropractor.

I have thoughts on why this is. And it’s beyond just friendship.

I know, in part, it mattered to me that Noelle succeeded at what she does and that no one else was going to step up in this way, for a few different reasons.

None of them bad. It just is what it is.

And to a degree, I like being accountable in this tiny way to someone I care about so much.

That’s a mighty young age to catch a title.

She was hospitalized many times during her youth. And given every label you could think of to help describe her struggles.

Labels are ok, to point. But eventually, you start to see it’s pretty damn easy to drum a label. They become meaningless.

Noelle Helps Those Who Would Seem Beyond Help

She’s been a prison volunteer for 30+ years now.

She does so through a group called AVP (Alternatives to Violence Program.)

They teach prisoners a better way to deal with their issues, bring them peace, which lowers the level of chaos in the prion community at large.

She Shared With Me That Veterans Make The Worst Prisoners

I’ve been imprisoned. Briefly. On multiple occasions. And I know I couldn’t tolerate being trapped.

On one of my “trips”, I was put into solitary confinement to protect the other prisoners.

As a Marine and a man, I was always proud of that. Is that wrong? LOL

Anyway, Noelle always admired what I’d survived at my own hands, to include my level of violence and such, and the fact that I found a way to heal and move on from it.

Maybe that’s why I admired her AVP work so much.

“People are domesticated out of knowing their purpose.”

This was one of the coolest things she said in this interview.

And this is a thing for me.

I have a hard time accepting the very little other people are often willing to accept for themselves.

That’s the sound of a soul dying, to my ears.

To be sure, they dowant more.

And I often can see what it is that makes them great, even when they can’t.

And they deserve more, even though they think they don’t.

So they don’t even try to grow. Their dreams dead in the womb.

I still struggle with this.

But I no longer share that fact with anyone not already asking about it.

This is one way I protect my sanity from myself.

Which leads to the other cool thing Noelle shared in this interview:

“You’re Not In Charge Of Other People’s Shit!”

Do your best to remember that when next the urge to save is becoming embarrassingly strong.