Newcomer To Wellness: Healthy Can Be Scary

This is another blog post from Outsiders Journey. I wrote this describing what I learned from the co owner of Truehope after we’d shared the stage at a mental health conference some years back. 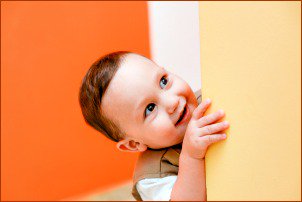 Now here’s an odd problem to have. When you repair your life on every level through the rebuilding of your entire being, you are now a newcomer to wellness.

And it is hard to take, believe it or not.

I had a chat once with the co-owner of the supplement company that turned my life around. He told me that many of the people they helped are so used to being medicated, thinking like victims, and having an authority figure tell them what to do, that once they become well, they can’t handle it.

They willingly return to using meds, even though they know that their health would suffer, their illness would return or get stronger, and they’d have to once again deal with all the side effects of that poisonous medication.

But it was easier than being in charge of their own lives and facing their true feelings!

I experienced everything on that list above, at one time or another

When I became well, the journey had changed more in me than just the face of the illness. Every part of me had been responsible for the illness even being present. So, to beat it I’d had to change every part of me!

The world got weird as I got well. I had to teach myself how to be this new person. And I was scared and despondent at times, too. It can be a nightmare restarting your life, even when that’s what you wanted. Change is the hardest thing for a person to accept.

But accept it I did. And even though the road’s been awfully hard at times, I would never think to go back to where I was.

I want to help you do the same if you’re willing to take on such a challenge. Because believe me, for you to pull off whatever got you looking my way in the first place, is going to require you to become something different to some degree, than what you are now.

It’s going to require an increase in your level of responsibility and a stretching of your comfort level.

What are you about to become a newcomer to? What about that scares or confuses you? Stymies your efforts to move forward? Tell us below and let’s work it out as a crew.