The Universe Tried To Warn Me…Repeatedly

This was one of THE MOST ENJOYABLE yet costly lessons I ever learned in my drive to become an entrepreneur.

I wrote this back in 2011 and spent the next eight years honing my ability to use what I’d learned, so as to protect myself from myself.

Took a minute. But the lesson finally stuck. 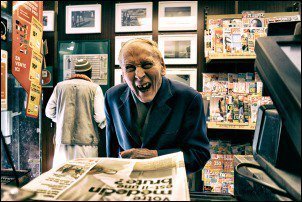 To succeed at anything, but especially large things, you’re gonna need drive, determination, excitement, enthusiasm, and a stubborn refusal to quit.

You’re going to need help, guidance, advice, opinions, and direction from others who’ve gone where you wish to be next.

Trust will play a huge part in these events as you step out into new territory.

And here’s where you must be careful

Earlier in my entrepreneurial upbringing, I inadvertently found a mentor; someone whose excitement and drive piqued my own sense of adventure. This person sensed where I was headed and he wanted in. He wanted to help. And he needed help with his projects as well.

It seemed to be a natural fit, us working together. And to be honest, much of it was. And I learned a lot. I mean tons of information came my way in the form of varied, multiple, and ever morphing experiences. We were in the flow.

But I began to notice a change

We had a team. We worked hard. We slept little. We were partners in other people’s projects. We said “no” to nothing.

And it was all falling apart.

I felt forced to separate myself from this situation and it was hard. It was like a mini-divorce but I could not take what my life had become inside this partnership. I had to put my foot down but there had been such a loyalty built up that it was hard to take.

But part I did, and as soon as I did, and the initial adrenaline wore off, I felt FREE!

It felt just like every other job I ever quit before it. I have always told people that the only relief I felt that was stronger than finally getting a job and paying my bills, was the relief from quitting that same job a short time later and being free once again!

But this experience, of which I could never do justice to its scope and intensity, was rewarding in a direct manner and an indirect one.

I learned skills that were meant to be taught the way they were and I learned skills from surviving what the teacher put me through that was contradictory to our supposed reality.

I learned a lot of hard lessons but I am grateful

This one partnership probably brought me ten years of valuable lessons condensed down to two. Any successful entrepreneur will tell you – fail fast. The quicker you get through your mistakes, the quicker you reach your victories.

But as I said, I learned a lot of good too, and it came from a good place. And I learned to keep my eyes open and to be careful. This is what I learned:

I know that was long and I thank you for reading this far but that one man really did teach me worlds of info.